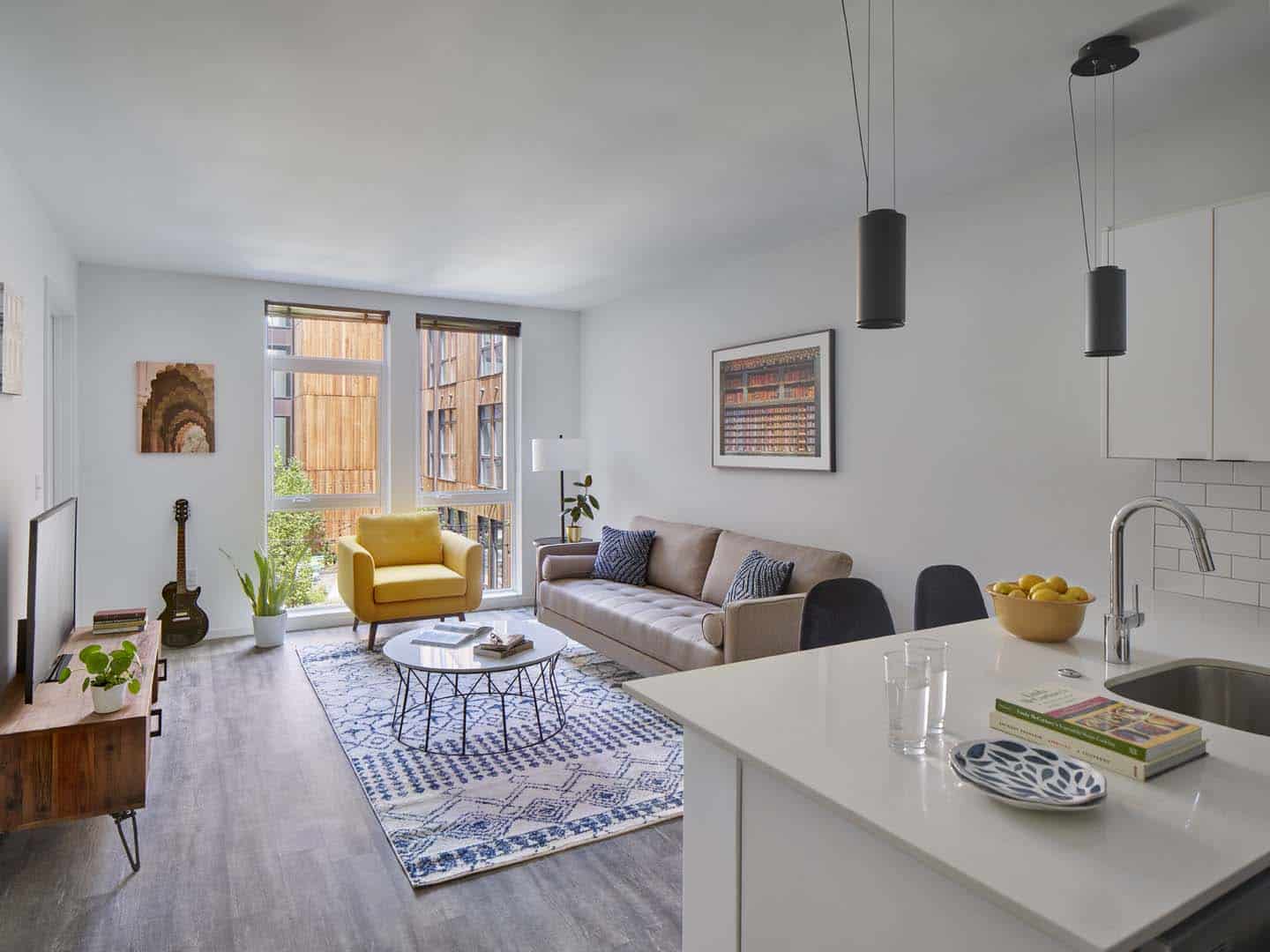 The Cooper, a 92-unit multifamily residential community on Lower Market Street in Wilmington, DE, pays tribute to the former Cooper Furniture Store that previously occupied the site at 212 N Market Street in the 1950s with its iconic sign on King Street. The design of the present-day Cooper honors the rich history of the location by refurbishing the original cast-iron façade built in 1874 by Royer Brothers of Philadelphia.  This project combined the former Cooper Furniture building with several other parcels that were unfit for modern use to introduce a vibrant apartment community with a stunning courtyard reminiscent of Scandinavian architecture and rooftop deck overlooking Market Street.